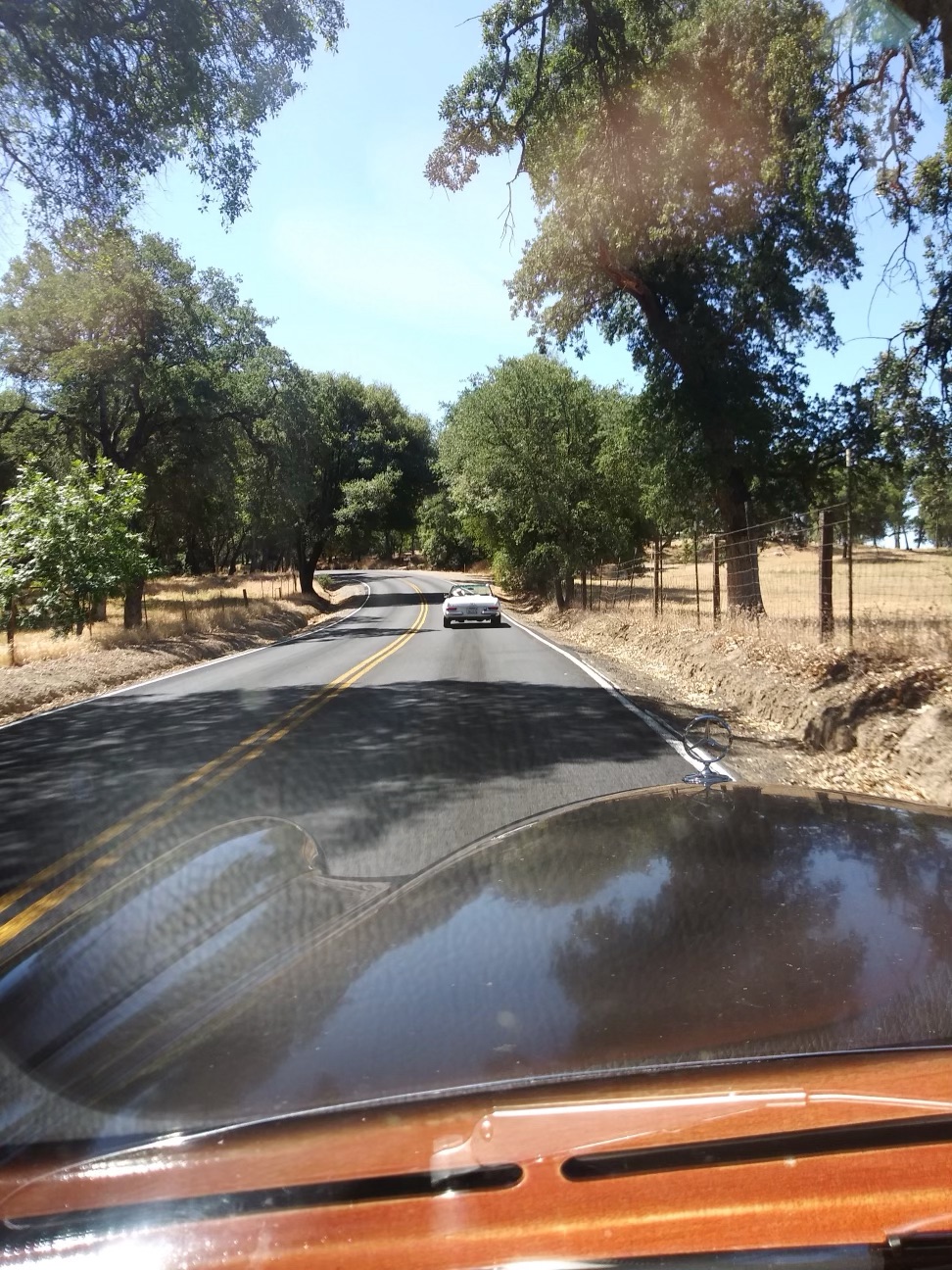 June’s First Sunday Drive took us through the Gold Country – between 2 Gold Rush towns, now bedroom communities of Sacramento. We met in Loomis at the Flower Farm, with some fresh gourmet coffee and blueberry scones.

During the orientation, we received some distressing news. Probably a first for MBCA at large.

The owner of a nice 1967 230SL notified us that members behind her on previous drives complained that the car smelled.

So much so, that the car immediately behind her decided to widen the distance from its tail lights.

But the Sacramento Section, being comprised of car geeks, came to a consensus that it was probably a bad cold start injector, particularly when the owner said that unless she was going downhill with the foot off the gas, it got the equivalent mileage of an M1 Abrams tank.

After going on California’s historic Highway 49 from Auburn, we passed a cool town named Cool, and places such as Rattlesnake Bar.

Lunch was at a town formally known as Hangtown, for its way handling of miscreants during the Gold Rush, now named the more sedate Placerville, for the type of gold mining done there during that era.